• Logistics provider also takes over procurement, handling, storage and transport of the goods 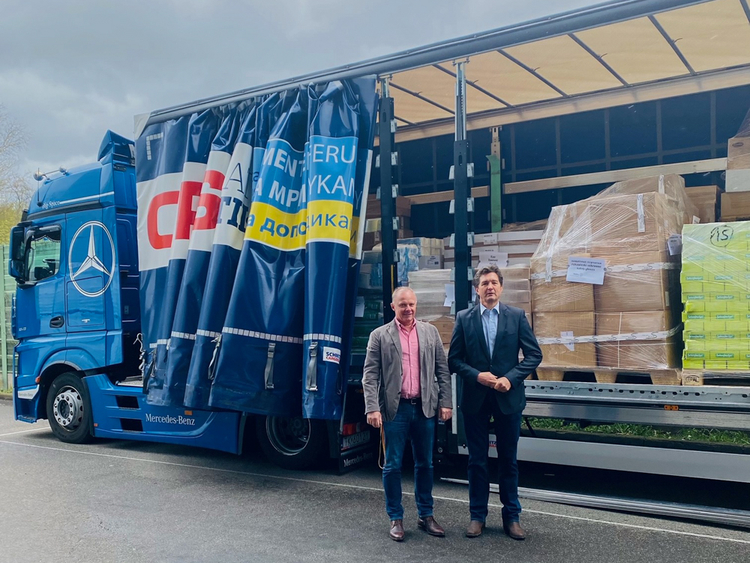 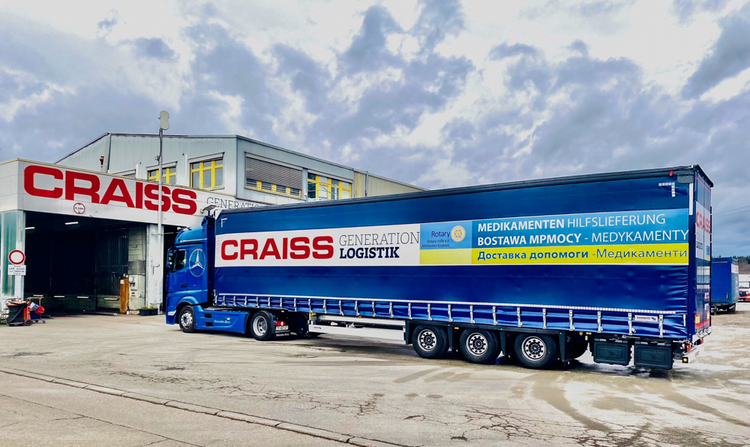 The logistics company Craiss gathered the donated aid, stored it and ultimately transported it to Tomaszów Mazowiecki on the Polish-Ukrainian border.

In cooperation with Rotary Club Mühlacker-Enzkreis, Craiss Generation Logistik GmbH & Co. KG has carried out an aid transport for victims of the war in Ukraine. The Swabian logistics service provider as well as other local companies and private individuals gathered a total of 70,000 euros in a donation appeal put on by the association. The donated funds were used to procure urgently needed medical supplies and products for daily use. The company itself gathered, stored and ultimately transported the aid to Tomaszów Mazowiecki on the Polish-Ukrainian border. From there, the donations in kind were transported to Lviv in Ukraine, with part also being transported further to Kyiv, where they were handed over to hospitals and monasteries.

"The war isn't just an attack on Ukraine, but rather the whole of Europe and its democratic values. That's why we want to support Ukraine and its people – and the best way for us to do that is with truckloads of supplies which are urgently needed there," states Michael Craiss, managing director of Craiss Generation Logistik GmbH & Co. KG.

Through contact with a leading medical consumables manufacturer, Rotary Club Mühlacker-Enzkreis was quickly able to procure vital supplies for the warzones without bureaucracy and at good purchasing conditions. "Thanks to club members' additional, dynamic willingness to make donations, we were able to purchase even more urgently needed products," explains Craiss. Purchase discounts or donations in kind were given and provided unconventionally, which meant we were also able to supply protective equipment and tools in addition to food and goods for daily use.

Following handling in Mühlacker, Craiss drove the valuable goods to Tomaszów Mazowiecki in Poland. From there, local carriers crossed the Ukrainian border to Lviv and then on to Kyiv, where medical supplies, food and day-to-day necessities were distributed to hospitals in the immediate vicinity of the capital. Another portion of the donations went to a Franciscan monastery in Wrocław, Poland, where it was repackaged and transported to monasteries in Poland and Ukraine.

"I would like to express my sincere gratitude to Rotary members for agreeing to fund the relief effort with donations in kind and cash at an astonishing speed," states Craiss. Further aid projects are also already in the planning stages.